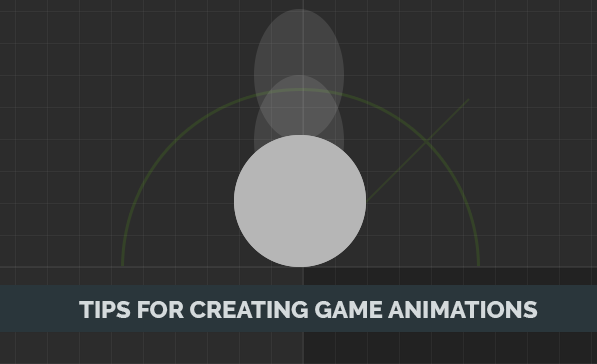 Animations breathe life in your game and can make it even more satisfying to play. Sometimes people ignore these animation guides and details which do not take much time to implement, but if you use this quick tip guide you can sprinkle some “awesome juice” on your animations and take them a bit further and make your project even more awesome.

For starters – there are many great tools where you can animate your characters, you can use Photoshop or Pixen to animate your characters as sprites or you can use Mighty Editor or Spriter for vector/tween animations. No matter which tool you use these guidelines stay the same. Use the ones you feel most comfortable with, i personally like using Photoshop and Mighty Editor for animations.

Choosing which type of animations you want to create usually depend on number of factors, for pixel art you usually choose sprite animations – they are more lightweight if you keep the sprites in small size and the animations short, they also require less computing power from the device on which the game will be played.

For larger animations and sequences you should use bone/vector animations because the animation data will take less space and you will be able to easily modify your characters at any point while animating. Unfortunately the downside for vector animations is that they might use up more computing resources, so choose wisely.

The animations… something missing…

After you have chosen your tool and have started creating your animations, sometimes there is a feeling that something missing/the animation does not quite feel right, but can’t quite figure out what. Especially if you are quite new to animating game characters and objects. If you use the following tips/guidelines you can achieve more impact and make them feel better for your players

Main guidelines to use for animating game objects and characters

Always make animation loopable(returning to first frame pose), especially important for sprite animations. This is important because the continuality of the animations is really important in games. Each animation will be required to loop many times and if they don’t loop the result will look unpolished and jerky. Of course there are some exceptions like 1 frame animations/poses and vector animations where you can use technology to blend the characters to the next required pose from any frame without if feeling disrupted and jerky.

In the video below you can view a basic idle cycle of a character, if it would not loop smoothly each player would notice a tear in the animation, it’s especially important in animations like idle and walk/run which will be displayed for long periods of time, so make sure they loop.

2. Use squish/squash for objects to breathe more life in them.

Squash and stretch is the phrase used to describe “by far the most important” of the 12 basic principles of animation, described in the book The Illusion of Life by Frank Thomas and Ollie Johnston.
This is based on the fact that objects (for example ball) change their shape during a motion, while preserving the volume, the stiffer the object is(for example metal ball) the less it will change shape, but you can still change it a little while preserving the illusion of it being a metal ball. This helps to breathe a little bit ,more life in your objects and feels more natural than constantly using static form. You can compare the left animation where the ball does not change to the second animation, where the ball changes shape. You can notice that it starts to feel more natural and smooth.

As you might have noticed in real world everything has some sort of weight and that takes us to this point. Almost nothing in life starts and stops instantly(unless massive amount of force relative to object is applied), there will usually be some sort of period in which the object will start moving and some period of time where the object stops the movement. In this example i illustrated it with a ball, but the same applies to the limbs of character you are trying to animate and all moving objects. Even if this period is short the objects/characters in your game will feel more natural.

Usually the more heavy the object is the more force (and usually time) it will take to start accelerating, and it will take more force(and usually time) to completely stop. It also depends from the surface friction for the object and surface but most of the times you can ignore this detail, because games don’t need to perfectly recreate reality, they just need to feel “good enough”.

In the example below i have left the same frame count for both animations but for the right side animation made the start and end of the animation slower but the middle faster.

4. Anticipation and preparing for action.

Charging is a great way to stage up the following action, even if the following action will take only one frame the player will know what happened, for example charging up before a big punch or charging a bow. Also if you use this for enemy animations, the player will have easier time noticing that something will happen and will have some time to take action before the enemy has had an opportunity to hurt the player. Some genres and actions in games, like jump, should not take long charge up time because the player expects instant feedback for these actions and they will feel wrong if you don’t give players what their brain will be expecting.

Although for a shorter time you can see this principle being used in the front arms punch it this video.

You might be using vector animation editor or sprite animations in your game, but keep in mind that games usually require twitch action. for games like turn based RPGs and slower games you can use longer animations, but the player will get frustrated pretty quickly if the game animations take up too much time.
In addition to that you should try to keep your animations as short as possible for two more important technical reasons

shorter animations take less space disk and less calculations/memory to display, and even though desktop devices and consoles nowdays have lots of computing power it is not infinite and if you are creating mobile games it will be especially important.

But don’t worry, you can do a lot with short animations.

6. Don’t be afraid to use references.

Especially when you start out. It might feel uncomfortable at first as you think that you want to create everything by yourself from scratch, but don’t worry even professionals use references for animating and creating their artwork. It is fine to even film yourself and then trace your movements to create the game characters. It’s how first Prince of Persia games were made.

When you feel somewhat comfortable using the previous tips you can take the animations you create even further by exaggerating the movements. The real life movements sometimes can feel dull and they certainly do not look superheroic, but if you extend your characters pose just a few pixels further, make the arm just a little bit bigger when the character swings a punch you can make the animation feel more awesome, the animators in game studios and cartoon studios use this all the time. This skill usually comes with time and you should try doing this slowly, but even when you are learning i suggest trying to exaggerate your animations once in a while.

For the sake of simplicity i introduced only few most important guidelines for making animations for your games. If you enjoyed this quick guide and want to dig deeper you should read more on 12 main principles behind animation

Good luck and have fun animating!