We have pushed a new update to MightyEditor. Beside minor bugfixes the most important feature is keyframes based animation editor. From now on you can switch from spritesheet animations and create much more smoother tween animations. Reduce file size and add more skins to character. Add animated user interface.

There are 2 different timelines: one big – for project in general, second one seperate for objects. If you want to create the game – you won’t need main timeline as it meant more for a movie clip creation.

Check out a tutorial how this works: http://mightyfingers.com/tutorials/animation-editor/animation-basics/ 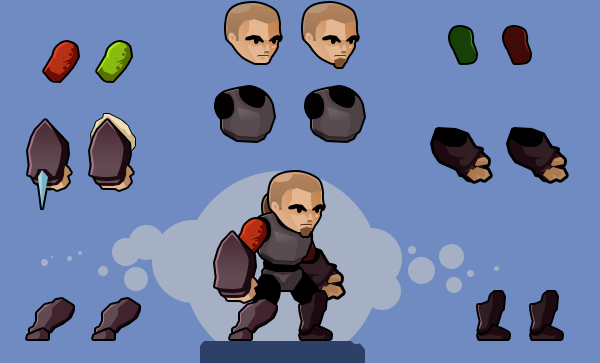 In this case movie.run is special TweenCollection instance – bascially array of tweens that starts playing at the same time
atm. TweenCollection has only start / stop / pause / resume methods.

Recently Phaser had update to 2.2 where tweens have been improved very much and has built-in support for timeline. We are going to have new version of phaser in next update. Currently editor uses 2.07 version and projects can use any 2.0 – 2.1 version – by default projects have same version as the editor.

Changes in mt.helper API:
mt.create will now return phaser object – sprite / group / tilemap layer – depends what you have created in the map editor
now all mighty editor data will be assigned to the created sprite as mt property. e.g.